After a Massacre, a Question of One More Death: The Gunman’s

Nikolas Cruz in court for a status hearing in Fort Lauderdale, Fla., on Monday. His arrest raised the rare prospect of a death penalty trial for a mass shooting.

FORT LAUDERDALE, Fla. — Among the suspects on the list of the country’s 10 worst mass shootings, Nikolas Cruz is alone in one thing: He was taken alive.

His arrest raises the rare prospect of a death penalty trial for a massacre, a huge undertaking with far-reaching consequences for all involved. Some would not be satisfied without an execution, while for others the trial itself would bring anguish.

The chief prosecutor here in Broward County has said that the killing of 17 people at a high school on Valentine’s Day “certainly is the type of case the death penalty was designed for.” A trial may be the only opportunity to lay bare all of the facts. But it would also likely be televised and followed by lengthy appeals, provoking years of public agony, as well as sustained attention for Mr. Cruz, who has already confessed.

Over years of mass shootings, from a university campus in Huntsville, Ala., to a movie theater in Aurora, Colo., prosecutors have struggled with this conundrum, testing political winds, spending days talking with survivors and families of the dead and reflecting on the intersection between morality and the oath of office.

Even Broward County’s public defender, whose office is representing Mr. Cruz and who wants to save his life, readily acknowledges the wrenching emotions that are part of a case that is only beginning.

“If it were my daughter, I would want to personally kill my client, make no mistake about it,” said Howard Finkelstein, the public defender, an elected position.

Later, though, he said that perhaps he would “try to go on and build a future. I don’t know what I would do. I just don’t know.”

Already, Mr. Finkelstein’s office has offered a way to avoid a trial: Mr. Cruz’s guilty plea in exchange for a punishment of 17 consecutive life sentences without parole. But Mr. Finkelstein recognizes that for some victims, that might not be enough: “I’m a father. I don’t know whether I would take my offer.”

Relatives of the victims of the massacre at Marjory Stoneman Douglas High School in Parkland, Fla., have not yet made their feelings about the death penalty widely known. And it is not clear where Michael J. Satz, Broward County’s prosecutor, is in his deliberations. He declined to comment.

Mr. Satz, who was elected state attorney when Gerald R. Ford was president, is regarded as a hard-edged prosecutor, but he is still likely to consider an array of factors, including the odds of persuading a jury.

Although jurors condemned men for massacres in Charleston, S.C., where nine churchgoers were killed, and at Fort Hood, Tex., where there were 13 fatalities, they spared the life of the Aurora gunman who killed 12, citing his history of mental illness. In the Huntsville shooting, the prosecutor said his conversations with the families of the victims were a reason he did not seek execution. 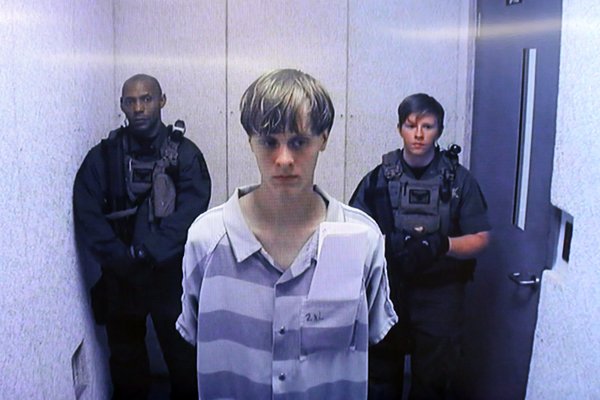 Does the U.S. Execute People with Mental Illness? It's Complicated

Several states are considering a ban on capital punishment for people with mental illnesses or brain injuries.

George Brauchler, the lead prosecutor in the Aurora case, said he had engaged in “serious soul-searching” about whether to pass up a plea deal and seek the death penalty. “This is as much a moral decision as it is a decision about justice, and that is not an easy decision to make,” he said.

“Until you are signing your name to a piece of paper that starts the machinery of government against another human being to take their life, whether it’s deserved or not, you don’t know what you’re talking about.”

Mr. Brauchler said he had met with his Roman Catholic priest, and conferred with family members of the victims as well as survivors of the attack. Some of the conversations were tense and punctuated by yelling. Some people urged a measure of mercy for the gunman, Mr. Brauchler recalled, while others said, “I want to put the needle in his arm.” In the end, Mr. Brauchler said, he did not find the gunman’s mental illness defense credible.

Death penalty cases are the criminal justice system’s most complex, expensive and emotionally taxing. It can take weeks or even months to present volumes of evidence that can include autopsy after autopsy and the painstaking recollection of every crack or boom of gunfire and every word the killer uttered.

The trials can wear down even the most experienced experts. When it came time to cross-examine a survivor of the Charleston attack, a defense lawyer, David I. Bruck, said only: “Ms. Sheppard, I’m so sorry. I have no questions.”

A crucial consideration in potential capital cases, prosecutors and defense lawyers said, is whether failing to seek the death penalty in a mass shooting would set a precedent, making it more difficult to seek it in cases with lower death tolls.

In Charleston, the federal government had a sharp internal debate, and met with resistance from family members of victims, before it decided to seek the death penalty against Dylann S. Roof.

“The death penalty itself becomes a participant in the decision, almost as if the death penalty is given a seat at the table,” said Mr. Bruck, who represented Mr. Roof during the guilt phase of his trial but was sidelined by the defendant during the penalty phase, when jurors decide whether a death sentence is appropriate. “There are plea agreements in a lot of cases,” Mr. Bruck said. “When there are, it’s usually because the prosecution recognizes — and sometimes the larger community recognizes — that there are things to consider outside of just whether or not we can kill this person.”

For defense lawyers seeking to spare their client’s life, an appeal to efficiency is one of the few cards they can play — particularly when, as Mr. Finkelstein says, the “case is not a whodunit.”

Expecting that Mr. Satz will seek the death penalty, Mr. Finkelstein and his deputies are already preparing for a “long, arduous legal battle” and intend to concentrate on jury selection. Because juries must unanimously recommend death sentences in Florida, a single juror could prevent execution. Mr. Finkelstein said the defense would likely focus on mental health and the accumulation of failures by government agencies to stop Mr. Cruz from opening fire.

Melisa McNeill, the assistant public defender who has appeared with Mr. Cruz in court and would likely be the lead lawyer if there is a trial, did not respond to a message on Friday.

In Florida, where 347 people are on death row after an execution on Thursday night, state law spells out a roster of aggravating factors and mitigating circumstances that jurors may consider in capital cases. Aggravating factors, at least one of which must be proven for someone to be eligible for a death sentence, include a finding that a defendant “knowingly created a great risk of death to many persons” or that a homicide was “committed in a cold, calculated and premeditated manner.”

Mitigating circumstances, like a defendant’s age and whether he or she was under the “influence of extreme mental or emotional disturbance” at the time of the crime, can legally tilt jurors toward a punishment of life in prison.

Mr. Finkelstein made plain that he is dreading any trial here, and not just for legal reasons. In his dimly lit office, he raspily declared a hope that “divine intervention” would persuade Mr. Satz to avoid a trial and an airing of the tragic details.

Convicted killer on run since '89 returns to Conn.